In Prada's 2018 collection we see the face of Angela Davis on a 500 euro t-shirt. The feminist philosopher also appears in a 1,700-euro jacket.

This started a few years ago. Ngozi Adichie's talk “We should all be feminists” ended up emblazoned on a Dior t-shirt in 2017. The t-shirt cost €550. The meaning of the phrases coined in the feminist struggle is diluted in the new contexts, losing its original meaning.

Neoliberal feminism has achieved great diffusion in the cultural panorama. The presence of feminism in the media today is incomparable with what it had at any other time. This constant presence has involved a cost. In the media, the traditional feminist vocabulary based on terms such as rights, autonomy, social justice and liberation has lost its force. These terms have been supplanted by others such as happiness, balance or support (Banet-Weiser, Gill & Rottenberg).

The connotations are different. The problems targeted are also different. The endless circulation of messages prevails, but of messages that are increasingly empty of content. We must suspect that if this watered down version is the most present in the media, someone must be interested.

Alongside neoliberal feminism, a popular feminism is developing. He shares the same values ​​and is interested, above all, in what celebrities say. Adichie's phrase also appears in Beyoncé's song Flawless. Feminism becomes chic and becomes well seen. You have to be a feminist like Beyoncé.

Already Adrienne Rich denounced in the eighties the passage of the message "the personal is political" of the sixties, to "the personal for the personal itself". This led to “personal is good”. We retreat into the individual and forget the collective. In neoliberal feminism the feminist subject accepts full responsibility for her well-being and self-care. This is based on achieving a happy balance between work and family. To do this, you need to know how to calculate costs and benefits. If we do not achieve that happy balance we have done something wrong. 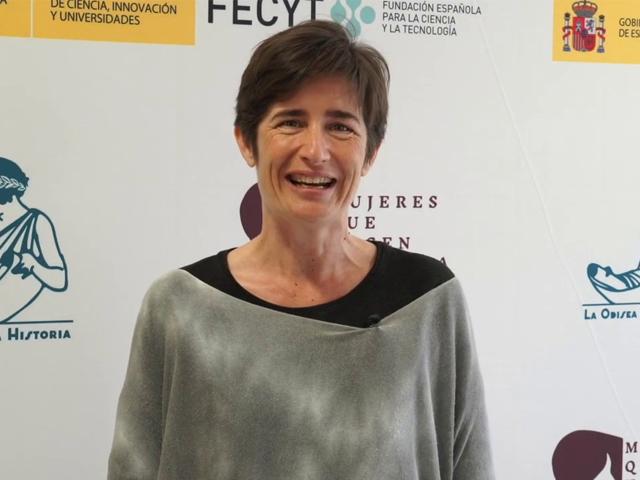 “Taking care of myself is not complacency, it is self-preservation, and that is an act of political warfare.”

Taking care of yourself for Lorde means finding ways to live in a world that makes your existence difficult. It meant fighting obesity, heart disease or diabetes. These diseases were killing many black women who did not have time to go to the doctor. Lorde reminds them that in order to take care of others, they first have to take care of themselves. The biased interpretation of this quotation reduces it to the pursuit of superficial personal happiness. Again a quote taken out of context.

The feminist revolution is now at the service of an individual woman triumphing. The goal is for some women to reach the top. Questioning the established power structure is relinquished (Rottenberg 2014). Sara Ahmed's vision is far away): "Feminism: how we lift each other up".

Neoliberal feminism does not allow us to analyze the structures of domination. In 2016, Rosalind Gill denounced the triumph of the “I can” message. This leads to a withdrawal towards the individual, avoiding the collective struggle.

Individualism and the emphasis on the personal prevail in this feminism of successful women. If Sheryl Sandberg or Ivanka Trump can, we all can. Thinking from an individual perspective avoids social causes. We are the only ones responsible for our well-being. The socioeconomic and cultural structures that shape our lives are wrongly ignored (Banet-Weiser, Gill & Rottenberg 2020).

I would like to relate this to Gloria Steinem's critique of the Mrs. America series. The series suggests that it is women with their struggles that decide everything. It seems that the Equal Rights Amendment does not pass because of Mrs. Schafly's contrary position. Everything depended on the struggle between women unable to agree. However, according to Gloria Steinem, the real powers were the insurance companies. If the amendment had been approved, they would have lost a lot of money. Not keeping in mind your weight in the fight is naive. None of this appears in the series.

Claiming feminism as a collective struggle

Neoliberal feminism makes a defense of feminism that, in a way, leads to its dismantling. These questions are analyzed very well by María Ávila Bravo-Villasante in Lamachine reactionaria. The declared fight against feminism.

Lifestyle feminism accommodates itself with the notion that there could be as many versions of feminism as there are women. Each one chooses how she wants her feminism to be. This thinking has undermined feminist politics. Politicized sorority, which is a fundamental element, is diluted.

Neoliberal feminism is that of successful women who have everything. Women who boast of their fortune without looking at how other women live. Faced with this approach, I would like to vindicate the spoilsport feminist Sara Ahmed, who wonders how to live better in an unequal world, how to support more people who receive less support. It is about fighting to create more equitable relationships in our environments.

It is important to look at what we do and not so much what we say. Beyoncé, in addition to using Ngozi's speech as lyrics for her songs, launched a line of sportswear. The goal of these garments was to give strength and inspiration to women. In 2016 it was reported that these sports garments were made in factories in Sri Lanka. The women were paid half a dollar an hour. Beyoncé's sports line does not support women who sew in sweatshops. In 2020 Beyoncé released her second collaboration with Adidas. For now we do not know where they are sewn.

We cannot allow brands to take over our slogans. Feminism must be protected from currents of thought that make spurious use of feminist theories. It is important that the new generations know the genealogy of feminism. That way they will know that the feminist struggle is not reduced to slogans or self-help books to succeed. To become a feminist is to face the world in a collective struggle. Feminism must today, as always, be a critical theory of power that denounces the inequities in our society and fights to abolish them.